Device turn on alone to be continued

I use deCONZ as home assistant add-on with the deCONZ integration. I have around 190 devices connected, and a quite stable network with many mains powered devices of all kind of vendors. For some time now, I try to understand and hunt down why sometimes, lights, or more rarely, plugs, are switching on or off without an apparent reason. These incidents do happen sporadically, but do not follow any obvious pattern (at least I cannot recognize it). Just now, the terrace light went on: [image] N…

My environment is different in terms of lights and switches compared to ones described above, but the situation is identical. However, lights, LED Strip controllers etc. turn on randomly. The period of “silence” (normal behavior without touching switches or any other action in Phoscon) can be between 10 to 15 minutes or 24 hours and in rare cases days. No lights and switches have bindings, hence pure coordinator mode.

If a lamp turns on randomly it is shown in Phoscon as “on”. deCONZ has connectivity to the specific lamp and clusters are normal read and writeable. The lamp can be turned “off” either in Phoscon or via a configures hardware switch – I my case a Busch & Jaeger RM01 switch.

I run several installations with RaspBee II and all have similar problems. Installations with only a couple of lamps e.g., 2 and switches e.g., 2 are more stable, but even in such a scenario a lamp turn on randomly from time to time. The problem escalates with more devices within the network. I have networks with 4, 40 and 80+ nodes. All behave the same. I observe this behavior across all software and firmware version and had the problem even with the RaspBee I gateway years ago. It is not predicable which device turn on (never had a device turn “off” randomly) and it happens over all vendors and ZigBee versions, stacks, and builds. Namely Paul Neuhaus lamps ZCL 1, AV 1, SV 2 and ZCL 3, AV 1, SV 1; dresden elektronik FLS-CT ZCL 1, AV 2, SV 3; dresden elektronik FLS-PP3 ZCL 1, AV 2, SV 3 and so on. Important to note it never happened with ubisys S2 actors regardless of the ZigBee version and Signify lamps ZCL 2, AV 2, SV 1 also regardless of the zigbee version. All hardware switches involved are Busch-Jaeger RM01 ZCL 1, AV 1, SV 1 (powered devices and routers). WLAN and ZigBee channels well defined. Zigbee network is sitting between 11 and 15, but the channel makes no difference in terms of behavior. The WLAN is sitting on channel 11 faraway from channel WLAN 1 where the 11 to 15 ZigBee channels overlap. RSSI is between -45 and -80 on some devices (rare). LQI is almost 255 on most devices. A few reports a LQI of 160. Debug ERROR and ERROR_L2 showed no errors at all. Hence radio seems to be OK. 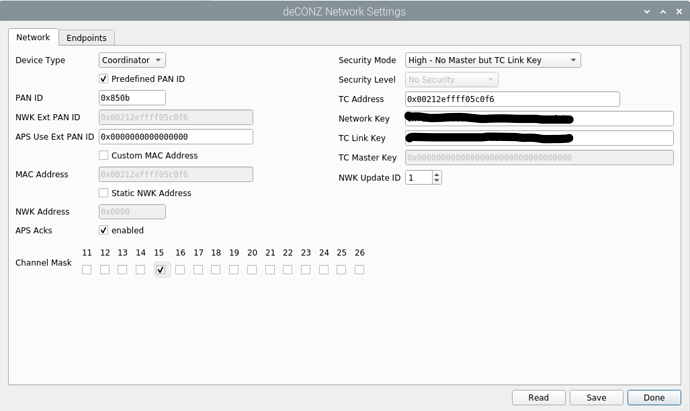 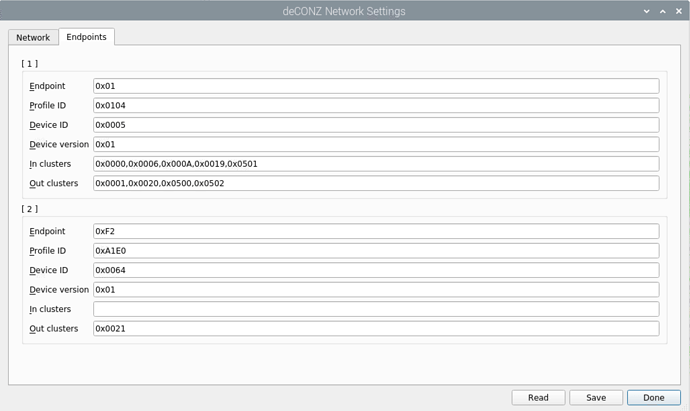 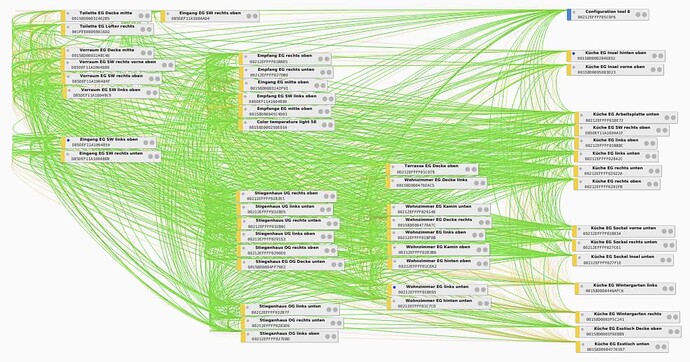 Logs will come, but will see how i can capture usefull information. Please let me know.

In logs, with levels APS, APS_L2, Info,Info_L2,Error,Error_L2, check if you can spot “DeviceAnnce of LightNode”