Great to hear it reports in near realtime! I assume power measurement is also much more accurate (SHP13 is usually 10-15% off). I just ordered a bunch of them from banggood (4 for €52). Hope they will be supported soon.

Not sure if its that accurate. Its using 88 watt on something that should use 100 (according to the SHP13).

I will compare them with a Voltcraft Watt-O-Meter I have laying around. I used to have some Xiaomi Smart Plugs, and were very accurate (or at least the readings were very similar to the Watt-O-Meter).

The SHP13’s are always way off in the Wattage reading, typically +10%. Additionally with deCONZ, the update frequency is very long: 2 minutes, and this is the same with all 10 of my plugs! So getting an accurate and instant measurment is definitely worth the upgrade to SHP15’s for sure! Are they roughly the same size as the SHP13?

I’ve also answered you on tweakers, but I’ll do here for others

It is the same size but i do think it feels less sturdy as the SHP13.

A small update after having connected the SHP15 to the Tuya Smart Home app since it is not yet fully supported in deconz:

Be adviced: I have no clue what happens if you update the firmware. Somtimes, it changes things on the devices which than breaks deconz integration.

The measureupdates are indeed around the same as i noticed in deCONZ with the sniffer (which is good!)

So you are saying its more accurate than the SHP13?

I updated the FW on one of them, so as soon as it’s supported by the next Beta I’ll verify them. As it is a relatively new device, the FW update may fix some real issues.

And indeed, it certainly looks very accurate! As mentioned before, all my 10 SHP13’s were about 15% off in measured Wattage in all ranges. From what I understood the SHP15 has a dedicated measuring chip/circuit that was lacking in the SPH13, so I guess it makes sense.

I could live with the inaccuracy of the SHP13’s since it still provided a good indication if something was on or not, but my main gripe in deCONZ was the slow response time on power changes making it useless for more time critical automation triggers. The SHP15 is basically what the SHP13 was supposed to be.

Hi @iisworks,
please can you explain, how to update the firmware? I just got two of the BW-SHP15. Do I need the Tuya ZigBee 3.0 Gateway in order to use the tuya app?

Thanks and best regards,
Max

Yeah, i got a tiny cheap Tuya zigbee gateway from Aliexpress (€14 at the time) and updated the FW using the Tuya Smart app. 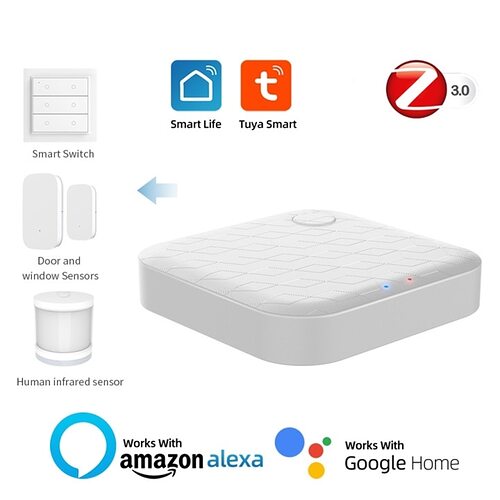 Thank you! I will look for an offer - currently they are all around 25$.

This seems to be confirmed by the ZMQTT Tuya.js file (all polled models of type TS011F_plug_3 are FW 68/69)

This file has been truncated. show original

BTW: Some devices that were bought recently may even be delivered with the latest 68 FW by default.

Hi, can you please confirm me that at the moment the BW-SHP15 isn’t fully supported by Deconz? I can only see the remote switch, without power consumption, thanks a lot

Thanks, I think now my version is this:

I’ll wait for the next stable release

Yikes, I just ordered received a couple of extra SHP15’s from Banggood, but unfortunately they are of type _TZ3000_u5u4cakc, and come with a newer FW version 69. This means they no longer support reporting, just polling! 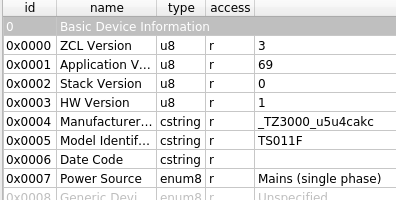 (The old ones were _TZ3000_mraovvmm with FW 67 and they supporting reporting.)