I am a ConBeeII user. Will it be possible to update (firmware/app) so it can handle the Matter protocol?

If so, will the ConBeeII be able to simultaneously handle Matter- and Zigbee-network?

Yes, the MCU of ConBee II and RaspBee II can drive the Thread protocol. There is a port of OpenThread for the this platform (SAM R21). 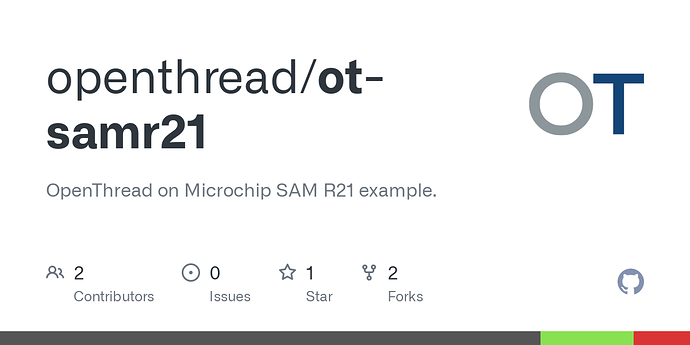 OpenThread on Microchip SAM R21 example. Contribute to openthread/ot-samr21 development by creating an account on GitHub.

So this combined with the open Matter implementation should work to connect to these networks.
I haven’t tested this yet as there are currently no products available for Matter (I think the first ones come out this year if not delayed again).

Thread is completely different from Zigbee, which unfortunately means you can’t run both on one ConBee II at the same time. I’m not sure yet if Matter will be integrated directly to deCONZ or if it will be a different application. However from the REST API perspective I think it makes sense that both are are accessible over the same REST API, meaning that clients which talk to current deCONZ REST API get access to Matter devices without changes. Of course this is currently all just theory and needs to be evaluated in practice.

Beside the current REST API I’d like to turn deCONZ or a companion application to implement a Zigbee <–> Matter bridge (like the Hue bridge does). To expose our already existing Zigbee devices to Matter clients, this would be pretty cool so that for example HomeKit, Google, Alexa and Co can talk to these devices over a common API.

However I’m not sure if this will be possible at all, since the Matter specification is filled with many walled garden “features”, so that clients can check and reject devices which aren’t officially marked “worthy” — this is the ugly part of Matter which the marketing is very silent about.

On what I’ve learned about Matter/Thread, seems Matter part should replace the Deconz API as it is the new universal high level protocol accross the network.
Thread replace the Zigbee part as a new RF protocol through 802.15

Any news about ConbeeII and Matter?
First devices are out.
Aqara is promising to update their devices

Hue bridge will receive an update soon. They say all hue devices will be Matter compliant.
Ikea will not update Tradfri bridge. There will be a new one called DIRIGERA. I don’t think IKEA will update devices. DIRIGERA will be capable to manage both Matter and Zigbee.

The OpenThread support for ConBee II (RaspBee II will be next) is currently worked on and in its end phase. Here a new firmware is going to be released together with a new Open Source repository of the OpenThread port. Note this is a standalone Thread firmware so either Zigbee can be run or Thread but not both at the same time. The intend for the firmware is to be able to use the Border Router functionality from a system which can make use of it, like Home Assistant which used a demo board for the Matter demo.

The bigger task is to bring Matter Bridge support to deCONZ, so that existing Zigbee devices are exposed to Matter, as long as the respective device type is supported in the Matter specification. The current developments in the DDF area play a crucial role here, the deCONZ Matter bridge won’t be part of deCONZ itself but a separate process talking to the deCONZ REST-API /devices endpoint and use that to translate from and to Matter. As shown in the Amsterdam event in 2022 controllers like Alexa and co. don’t support Matter bridges yet, I guess that’s also the reason for Philips Hue bridge rolling it out somewhere in 2023.

In terms of our Matter bridge development, it’s in very early stage to get the lowest levels working with encryption. But the biggest question is still in the room: will controllers like Alexa deny communication with devices which aren’t certified, the specification is full of scary walled garden sections that devices need to have certificates which may not work for deCONZ and a zoo of random Zigbee devices.

Are we sure the intent of The Alliance is to facilitate the end users?
Maybe for people who begin to “automate” home with matter.
But who started with zigbee… I’m not sure.
I’m sure I have many devices that wil not be upgraded to Matter. So that will I need 2 networks in the future?

Yep. That’s the case indeed. At least for the protocols.

While reading through the specification I have the impression there are two “forces” in play – techies and business people — technically it’s really impressive, solid cryptography and robustness considered from the start.

… but all the customize options we have suffered in Zigbee like manufacturer specific clusters and extensions are still there, even more custom features can be added by a manufacturer in terms of the device pairing if the default options don’t fit. Time will show if Aqara, Tuya and co. will stick to the specification this time.

The business side in the specification allows the alliance and (big player) controllers to exclude “unworthy” devices which aren’t attested with a certificate, even valid certificates can be revoked and are allowed to expire, this can be good in terms of security but can also be misused. As I understand it, theoretically and legally it’s possible to sell a device which expires it’s certificate after time X (like washing machines which magically stop to work after 5 years). The spec says that Matter controllers, like Alexa or Siri, MAY allow to include devices without a valid certificate, and MAY show a dialog to the user to put the decision in the users hand, but that’s not a MUST.

Imho this is an important detail and gives too much power, not to the user but the vendors and alliance — this can be misused, also let us hope the root certificate holders never get hacked

Only time will tell how it will be handled for real.

But overall this can be a real game changer if the promises work out, perhaps in 1-2 year time frame. If all major controllers also support Matter Bridges that would be more than awesome for deCONZ.

A simple question.
In matter can I update firmwares of all devices I have with anyone Matter coordinato?
I don’t think so.
Hue will update to Matter but I don’t think their bridge will be able to manage Aqara sensors or shutters.

As far as I’m aware the Matter OTA update only works on native Matter devices, via the blockchain thingy. Not sure if non Matter firmware updates can also be delivered over it, would be cool but likely not the scope of it.

Hue bridge will provide a Matter bridge, so external controllers can access Zigbee devices of the Hue bridge via Matter. The bridge itself is not a controller, so Hue bridge won’t control extern Matter devices.

This is also what we aim for as a first step, but also accessing external Matter devices as a controller would be the next logical step.

However I’m not sure if this will be possible at all, since the Matter specification is filled with many walled garden “features”, so that clients can check and reject devices which aren’t officially marked “worthy” — this is the ugly part of Matter which the marketing is very silent about.

According to this video if you use the matter-beta of the hue bridge all other (non-hue) devices are exposed to Apple HomeKit. Maybe this is a good sign…?