Phoscon App not reporting status of all lights after migration

Some time ago I had deCONZ running on a Home Assistant OS installation. Everything worked until the SD-card gave up.
I was able to rescue the database file (zll.db) and decided to go with the stable release from here.
Setting everything up and just replacing the zll.db file seems to have every device show up in the deCONZ GUI and connections light up for all expected devices. Switches are also able to control the lights which were configured before the SD-card crash.

Now, all of the Zigbee dimmers (Philips | ZG9101SAC-HP), appears as disconnected (not reachable?) in the Phoscon App and cannot be controlled from the Phoscon App, except pressing ‘All off’ which actually turns everything off. I have a TRÅDFRI switch which works properly and can be controlled without issues.
I tried integrating with a Home Assistant installation (from another machine) and this still shows the issue with the light reporting as off/disconnected. However from the Home assistant installation I am able to turn the lights on, but the status is reported as off a few moments later. I’m also able to control the dimmer level without issue from within HA but the light is still reported as off. The TRÅDFRI switch is reporting it’s status and works as expected in HA.

Any suggestion of what’s wrong or any solution / workaround for this? 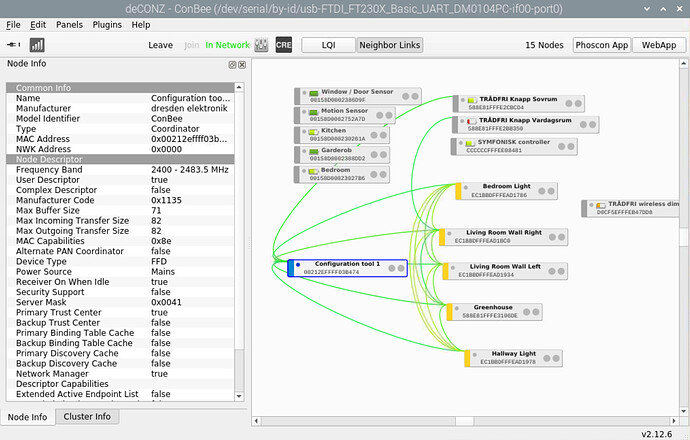 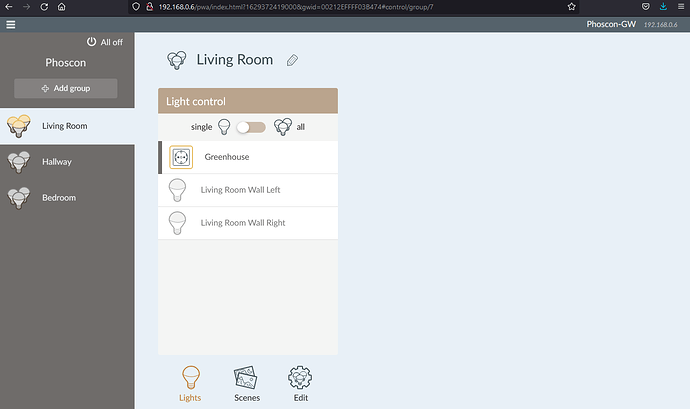 You could check if the network settings need a change. In Phoscon, go to the gateway and press advanced while holding the ALT key. This should bring you to the networksettings backup page. It might be good to select an entry that is dated just before the card crash. This should reset those settings to its original values. Good chance that sensors and lights that were not updating well start to report again.

Not sure if this is the solution you need, but it is worth to try

Thanks for the suggestion. I tried going through some of the older network settings as per your suggestion, unfortunately it appeared not to change anything.
After some additional reboots I tried re-adding (by first removing) one of the sensor devices and now all devices came back online and are controllable. I’m not sure if it was the combination of the backup and re-adding that solved it or just the re-adding.
Anyway, thanks for the help.

Not sure either. Main thing is it is working again